Just wondering if there could be a connection between today’s sunrise and the fact that the temperature is expected to climb to over 100F this afternoon. Possibly something about atmospheric layers of heat and/or humidity creating visual effects. Anyhow, so far, no fires anywhere near, but we are hunkered down like people waiting for a hurricane.

I saw these five Yellow-tailed Black Cockies flying together as I was out giving our most delicate pot plants a little sip of water to help them survive the heat.

Black cockatoos remind me of bush fires, not because they come round only when there is fire danger, but because of a dreamtime story I have heard about how the black cockie got his colour.

Once white cockatoo was the only animal that had fire, and being very greedy, he refused to share it with the other animals that had to huddle together to keep warm during cold winter nights.  One day a very small Robin decided to steal the fire, however he became frightened when he realised the much larger cockatoo was chasing after him, so he dropped the fire to the ground.  The dry grasses below quickly caught fire and as the cockatoo flew down to retrieve his great prize, his beautiful white feathers were scorched black by the flames from the burning grass . . . and that is how the black cockatoo got his colour.

All the animals in the bush seem to recognize fire danger times. Almost none of the usual birds were around today. But this thirsty little kangaroo knew a place he could find water. A major hot day chore for us is to keep the bird bath brimming to the top! 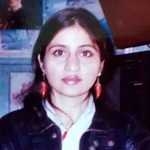 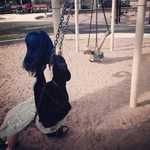 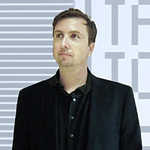 Labina, Adrian, Anne Marie, Paul and 13 others said thanks.