It was 9°C with scattered clouds. There was moderate breeze.

Every time I think about the fire at Glasgow School of Art I am coursed by a wave of emotion.

When other iconic, loved, beautiful buildings or works of art have been destroyed my mind did a casual readjustment: that’s a shame, it doesn’t exist anymore, I won’t get to experience that/go there again, but in the greater scheme of things …

So what’s different about Glasgow School of Art?

My sister works there, but I have never been in, just walked past a few times, I regret that now.

I am not even that great a fan of Charles Rennie Mackintosh who designed the building and its interior.

I guess the fact that the emotion rolls on beyond the initial shock is down a combination of things.

The fact that it has been a serious news story, high up in the order, presented with an unpatronising sense of cultural value. Cultural value is conveyed with at best a concealed, or more often, an open disassociating sneer in the UK media.

Maybe it was the wonderful live moment on the TV news when a reporter at the scene, speculating on the irrevocable loss, put her finger to her ear and said, ‘We are just getting news through that a substantial part of the interior and contents has been saved.’ That was a great moment.

Of course, I feel sad for the final degree students who lost their stuff, but in the greater scheme etc….. and their work was lost to a fire in a radical art school, not a homework eating dog or a miserable pipe burst. There’s a sense that the spirit everyone has shown since the fire might in some way eventually add something to the process even though they were deprived of the physical outcome of their courses.

The accelerant for that spirit is probably the actions of the fire crews. In these risk averse times, when you have to do a risk assessment to put up a ladder to chalk a wall, in my sister’s words, “someone decided that they would do what they wouldn’t normally do, they went inside an unoccupied burning building, formed a human shield all up the big central wooden staircase to stop the fire spreading and another lot worked to get as much out as they could.” Someone decided - someone decided, that is the wonderful thing - then the others went in, formed the shield, the chain, saved much of the building and its irreplaceable contents.

Those human actions - understanding what this place meant, taking the decision, then taking personal risk for shared, local cultural value - set off this wave of emotion in me still. 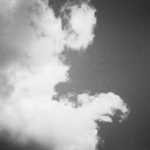 Shu, Adrian, David Wade, Christine and 3 others said thanks.

Other moments in Leeds