It was 19°C with clouds and visibility OK. The breeze was light.

The nurse gave me a paper cup with an ice cube of anesthetic drug in it. She instructed me to put it on my tongue and let it melt slowly. Don’t bite, don’t swallow. After it is dissolved, spit it out into this paper cup.

Fine. That was easy. My throat became slightly numb. I was ready—well, I thought I was.

Another nurse was waiting for me in the examination room. She was wearing a paper apron on her blue uniform, rubber gloves on her hands, and a pair of goggles on her head. She looked like being ready to torture someone, well, me. But her voice was soft: “Please lie down here in a fetus position.” “Oh, do I have to lie down?” “Yes, dear.” “I thought I would be sitting up.” “No, dear.”

Then she told me not to swallow my saliva during examination. “Just let it droop here.” As she inserted two sheets of paper towel below my left cheek, they crinkled near my ear. “Relax, and breathe through your nose. Can you do that?” “Right now?” “Yes. Let’s practice.” I did, but didn’t feel great.

The doctor came in with a long black hose in her hand. “This is a gastroscope,” she said. I expected it to be as thin as a wire, but not really. The tip has a LED light. Yeah. I immediately thought about the Alien when it was still small. The doctor said, “Don’t swallow saliva and don’t talk.” I wanted to ask a couple questions, but she made me bite a plastic mouthpiece. There is a round hole in the middle. The nurse started stroking my back, telling me to relax. I wondered how.

“It must feel like you’re being choked but you’re not.” As soon as the hose began to come into my throat, I thought I was going to drown. I said, “I don’t think I can do this today,” but only goofy noises came out, and snot gushed out from my nose. Gross.

“Don’t talk, please. If you talk, you will damage your throat.” It certainly did.

The moment when it went down the esophagus was worse. Something I had never experienced before. Somehow I imagined that I was in a water tank, a narrow one. But once it reached the stomach, I felt a bit better. Then the doctor announced, “Now, I will pump in some air. You will feel bloated.” Yes, some air was definitely coming in. What a treat. A minute later, she said, “Now, I will go further into your duodenum. You might feel a slight discomfort.” At this moment, I was remembering the movie “Fantastic Voyage” (1966) and simultaneously admiring those who invented this wonderful device.

Later, I would learn that some Ancient Greeks and Romans tried to look inside the intestines. They were into tortures, weren’t they? In 1868, Adolph Kussmaul, a German doctor, was the first person who saw a human stomach with naked eye. He used a long metal tube, 13 mm diameter, with multiple lenses lodged inside. In 1932, Doctor Rudolph Schindler from Germany invented a slightly flexible gastroscope with a little bulb at the tip. But it was only “slightly” flexible. It must have hurt as hell. Olympus was asked in 1949 to develop a truly flexible gastroscope, but it had to wait the invention of glass fiber and then the fiberscope in 1964. “Fantastic Voyage” came out in 1966. Probably it was not a coincidence.

I had this examination because I had had an acute pain in my stomach. Plus, I was very curious about how a gastroscope works (or I might have looked for something to write for “Hi.co”). My body learned that “information” and “knowledge” are not the same thing. I was thinking that next time, if any, I would know what to expect and could act far more dignified, but not fully believing in what I was thinking.

It turned out that my esophagus, stomach and duodenum were all “clean.” The doctor assured that I must have had a minor indigestion. “No need to worry.” When I came out from the examination room, with teary eyes, I saw three seniors waiting for their tests. They looked small and fragile. 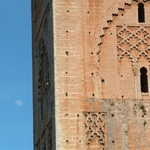 David Wade, So-Shan, Daniel, Mike and 6 others said thanks.