I Don’t Think He Understands What I Do

It was -5°C with scattered clouds. There was moderate breeze.

So I took on this huge project, a bit foolishly. I definitely bit off more than I can chew. Twelve-hundred ebooks in about three weeks. Doing the work in my own private sweatshop where the working conditions are less than ideal. (At least I am the only labourer subjected to them.)

I worked flat out for two weeks. Sleeping briefly, working sixteen hours a day, eating erratically. I was achey from sitting in that damned office chair for such long stretches. In the home stretch, I had a few tantrums. Luckily the only person who witnessed those was my husband. My long-suffering partner takes care of all the basketball, music lessons, grocery shopping, and laundry while I am working this intensely. (Those jobs are shared more equitably the rest of the time although it’s fair to say that he does more than I do.) He is the one who has to empathize while I am nearly incomprehensible with upset over some coding issue or deadline strain or whatever. I am so tired by the home stretch of this project that my trip switch is pretty sensitive.

The last night before my deadline, Ron says he’s going to help. He’s going to stay up all night if he has to — all I have to do is give him tasks and he will do the best he can to get ’er done. Now, he’s not an ebook developer, has no coding background, and is not at all skilled for the task. But that’s okay. I can parcel up some repetitive task for him.

On the way home from his day job, he called to ask me if I want anything. Want anything? What does he mean? “Yeah, I’m going to the beer store. Do you want anything?” Does he think we are going to party while we’re working? I was so tired that the smell of a beer would put me to sleep so I said, no thanks.

So I motored through the evening, madly processing these ebooks, getting the work done. I felt like a ninja the way I was turning these books over. Ron made dinner, corralled the children, ran some of the endless loads of laundry, got our youngest to sleep — no small task as he is having bat flashbacks again. I heard him crack a beer, and then another. I stopped paying attention.

At around 10pm, I realized that I couldn’t hear anyone moving around upstairs anymore. I waited a while longer — I was laser-focussed on the work, to be fair. Ticking down the numbers from 1200. It felt good.

At 11pm, I went to see where everyone was. Both kids were asleep. On the futon couch in my youngest’s room, there’s my fearless husband, still dressed like he totally planned to come back downstairs. But utterly passed out.

I don’t think he understands at all what an ebook developer does.

So why the gelato picture? Well, he’s in Bologna this week, working at a book fair and sends me daily update on what flavour gelato he’s eating.

Today he had pistachio.

I think I want to change jobs.

Liked that moment?
Subscribe to Laura and get their extensions as they publish them. 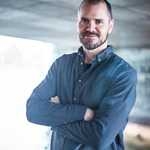 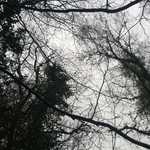 Pamela, actual, Lorena, Sanna and 10 others said thanks.

A techie mom negotiating the world.

Other moments in Caledon