"...art was to do them the honor formerly reserved exclusively for the gods."

Jules Breton’s The End of the Work Day hangs on a largely unremarkable wall in the Beaux Arts gallery of the Brooklyn Museum. Surrounded by portraits of dour looking widowers and blurry landscapes of English industrial towns, it could be easily overlooked. As was the fashion of the time, the piece celebrates the working poor post-French Revolution in a work that is also noticeably free of embellishment. It carries a warmth, quietude and deep historical context that might not buy it much clout in a collection, but it forced me take pause.

For years, all of my youth really, I gravitated towards the Impressionist wing in any collection. I liked imagining a connection to the spirited, emotional view of the world that the paintings represented and that I supposed the painters must have felt during their creation. I remember begrudgingly humoring my father a few minutes in the New American Wing at the Met, before I could move on to the more “real, adventurous” art.

So what happened? Each time I’m in a museum now I find myself lingering longer and longer in the Classical or Renaissance rooms. I’m compelled by the beauty in the absolute realism of a David painting far more than the supposed liberty found in a Monet. I imagine the countless hours spent working and reworking a canvas and somehow it seems more “real” and perhaps even more “adventurous” than a work done quickly en pleine air. It’s not that I no longer find Impressionist art beautiful, but it seems that, to my eye, the classical pieces have caught up.

I’m unsure whether the Impressionist wing (or what I believed it stood for) means less to me now, or if works of exacting detail mean more for some reason, but I asked my father what he thought and he laughed.

He said, “It means you’re growing up.” 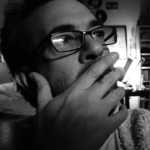