Ten years to the day. Thirteen hours in the air, giddy on plum wine, too drunk to be scared.

It was 31°C with few clouds. There was moderate breeze.

Unaccompanied but-no-longer minors, hurtling towards our new homes. Twenty kilograms of life packed into a bag.

We tumble off the plane into a wall of heat, the night bringing little respite. On the bus, we float along unreally smooth roads, little boxy cars skimming silently alongside us (so many white rides!). The landscape like Legoland: endless bridges, turbines, rust-stained pipes choking factory buildings. Telephone wires slashing the sky, skinny as the pedestrians. We slide from the countryside into the roar of the city, the height of the buildings slowly inching higher and higher into the sky, the red lights on top beeping gently like runway illumination.

We were trapped in the hotel for three days. Advisors warn us about culture shock and kanji and how not to cause offense to our generous host families. They tell us we wear blue glasses and the people here wear yellow and we will never be able to see anything more than green but that’s okay, as long as we don’t revert to just blue. Kanji class: 海, 朝, 田. I ask how to say ‘My dad is dead’ in Japanese.

Jetlagged days in front of the whiteboard, itching to escape outside. But lunch is served to us in the classroom: Domino’s pizza, curiously Japanized, two layers of undercooked dough sliding around on a centre filling of cream cheese, like a plate-size melted Oreo.

For once my stomach is always empty. I can’t get enough of these exotic foodstuffs: briny fish for breakfast, unidentifiable red paste, jelly blocks in yellow dust, grapefruit-flavoured frogspawn in a can. Foods that bounce, foods that go splat, foods that ooze terrifying slime.

Released from captivity, we head to a shrine, whose bright red posts juxtaposed with the neon lights of the FamilyMart thrill me; it’s the cocktail of tradition and modernity I had imagined before arriving, my preconceived Japan.

The heat is close and crazy, sweat settling into every valley on my body. Everything is wilting amid the deafening cry of suicidal cicadas. More vending machine experiments end badly, and we pour away the cans as we’re delivered back to the hotel and locked up to the evening.

T and I creep up through the fire escape to the 11th floor, buy glass jars of sake with aluminium lids and accelerate our headrushes with a matchbox-sized pack of cigarettes called Hope – hope for what? probably cancer, judging by their tar content. We kneel on the worn sofas and gaze at Tokyo laid out below like a spilled box of fairy lights. 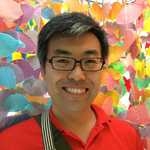 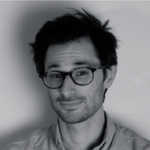 Gully, abn, Christine, Raphael and 3 others said thanks.