In Hudson, New York, there is a bus dressed up as a trolley that serves as public transportation. A sign on the back of the trolley welcomes you to Hudson : “The Friendly City.” This is the only place you will ever see Hudson referred to this way.

Hudson is 2 hours north of NYC, on the eastern side of the Hudson River. Once a bustling whaling port and center of commerce, it is a town that seems to be in constant and imperfect transformation.

The city is a simple grid, with the train tracks and a bluff separating it from the Hudson River. The main streets - Allen, Union, Warren, Columbia, State - fall gently down a hill westward towards the tracks and the River.

Designed for commerce, Hudson was built with alleys between the streets to manage deliveries and carry electrical and telephone wire.

A few years ago, I began exploring the Alleys of Hudson with my Mamiya (and my dog). The photographs are named according to the Alley they were taken in

There is even an alley that’s called a street because it never became the street they wanted it become; Partition Street. Each has their own origin story, and few know their names, yet it’s in the alleys that most of life happens. 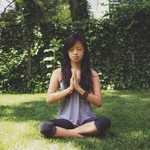 I am a brand listener and photographer.

Other moments in Hudson