A few months after my departure, I found myself crossing some Himalaya mountains on my tiny custom build Chinese bike.

Fortunately, two days before I had met Martin from Uruguay. He was joking about my bike and I hated him for that (though he was right). However, he had some experience cycling the world and he agreed on crossing the more or less forbidden border to Sichuan, formerly Tibet, together.

In Shangri-La I had bought a fleece jacket, long underwear, a crappy one-wall-tent and a sleeping pad and considered myself ready to face the uninhabited mountains of China.

At night, the cold hit us. Outside, snow ate my small tent and inside, the condensation made me drown (in ice-water, that is). Breathing into the sleeping bag was no good idea, either (for the same reasons).

I did not change my clothes for three days.

When we crossed the fourthousandsomething pass and brew some sugary instant coffee up there, it was alright again.

(Well, until my chain broke again, for the fifteenth and the last time, but that’s another story.)

Liked that moment?
Subscribe to Boris and get their extensions as they publish them. 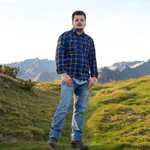 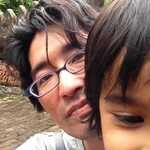 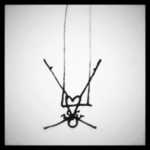 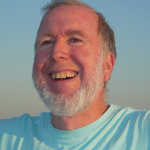 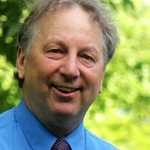 Charlie, Marlon, Ricardo, Andi and 23 others said thanks.

Finished a comic containing anecdotes from a train, bus, and bicycle ride from Asia to Germany. Unfortunately, it only contains 1 1/2 months instead of 12. www.vinksthings.com @pinkboris