#Taiwan Journal 5: Do these little trees know that?

In Tainan, there were many buildings like this one, half-abandoned and its signs faded. Small trees were growing on the roof. Bird droppings must have carried the seeds. I took this snapshot to show the spatial coexistence of failed commercial dreams and nonchalantly invasive nature.

Back in Tokyo, I was looking at this photo again and discovered something unnerving.

Those red words on the sign read: “Xilaiam Tapani Museum.” The Tapani or Xilai Temple Incident was a major armed uprising against Japanese rule that took place in 1915. The leader of the uprising was Yu Qingfang, who became deeply religious after quitting his job as a police officer. He served as a managing committee member of Xilai Temple, which venerated the “Five Great Emperors” brought over by soldiers during the Qing dynasty. There is a theory that Qingfang may have raised money for weapons on the pretext of ritual expenses and the cost of remodeling the temple.

In any case, the plan leaked, and Qingfang escaped to a mountain and conducted a guerrilla fight against Japanese military. Eventually, more than 1,957 Taiwanese were arrested and 866 of them received death sentence. 95 were executed. This number was exactly the same as the number of the Japanese casualties.

Colonizer, religion, resistance—three forces of modern history—were displayed right in front of me, but I overlooked them. Those small trees on the rooftop distracted me. I am blaming them for my ignorance. 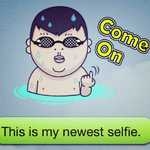 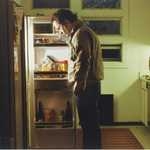 Jared, Ragini, Marlon, Paul and 2 others said thanks.