To call this place remote would be an understatement. It’s a minuscule Jewish cemetery in the forest near Unterschwandorf (town of Haiterbach, state of Baden-Württemberg, Germany).

The cemetery was opened in 1801. The last burial there took place in 1879, after the small Jewish community had collapsed in the 1860s. The synagogue was abandoned and fell gradually into disrepair, as the cemetery itself.

In 1969, twenty four years after the holocaust had devoured almost half of the living Jews worldwide, the people of Unterschwandorf decided to reconstruct their Jewish cemetery. The remaining seventeen headstones were cleaned and stabilized, the grounds were surrounded by a fence.

In 1996, the cemetery was defiled by neo-nazis.

Today the place has a strange fairytale-like atmosphere about it, greatly amplified by the moss covering almost the entire ground and part of the headstones. The moss also reigns supreme in the surrounding forest.

I couldn’t help wondering about the people buried there. They had known discrimination, fear and violence, as during the 1848 pogrom in the neighboring town of Baisingen. They had surely known times of relative safety and normalcy, just as their Christian fellow citizens. Nobody of them could have imagined what would happen to their descendants a few generations later.

Not being a religious person, I still left a stone. 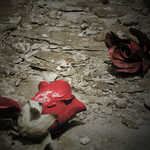 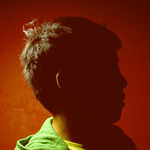 Christine, Craig, David Wade, Adrian and 8 others said thanks.

Other moments in Nagold