It was 29°C with clouds and visibility OK.

I was wary about going to the protests today. My concerns were mostly because this isn’t my fight. I don’t fully understand the issues behind the protest. I am a guest here and maybe my presence maybe used to show how this protest was under the control of ‘Western influences’ as i have been reading in the comment sections of the news organisations when they report on the many threats to Hong Kong from the Central Government in Beijing. I wore no badges, I wore no signs but I talked and I listened as much as I could to the people who were marching, who were speaking, who were fighting to preserve Hong Kong.

Time after time after time I have heard the same sentiment of ‘We don’t want to over throw the Beijing Government. We want a say in who rules us. We want to preserve the freedoms we have.’ It is what this protest was about. There is a fear here of Hong Kong gradually becoming just another Chinese City with too much corruption and no freedom. Beijing has done nothing to elevate these fears.

A protest group called Occupy Central held an on-line referendum on Hong Kong possible election of the CEO (head) in 2017. Over 800,000 people voted supporting the people’s right to have a full say in deciding who should lead them. Beijing called the referendum illegal. They issued a White Paper (official policy) saying the current freedoms enjoyed in Hong Kong are given by the grace of them. The people I have talked to here at the protest, at my work, amongst my friends, read it as they can also take these freedoms away. Added to this, are hundreds maybe thousands of Mainland Chinese tourist who come here to buy baby powder, diapers, food because they do not trust the safety standards at home. These tourist have also bought up most of the available housing as investments putting renting or buying a flat here through the roof. It has also caused the Hong Kong Government to look at developing more farmland for these investors.

The protest was to begin at 3pm but the crowds poured into Victoria Park at 11am from what I saw. The park was a holding area where they would be let out and then march down the main street towards Central, the business district. In the park there were large megaphones shouting speeches. The people began to sing the famous “Can You Hear The People Sing” the protest song from Les Miserables along with protest songs to the tune of Beethoven’s Ode To Joy. The crowd was too much for me and I left. I walked the path of the protests and tried to listen, talk and understand. I have been trying to understand the issues facing my home but it has been hard. The English language newspapers do not give the full story. They tend to gloss over things and not provide the full details of what is going on and the many viewpoints behind the issues.

What struck me was the protesters. They were young. Really young. I would say most of them haven’t even graduated secondary school yet. I felt like every secondary school student in Hong Kong was either in Victoria Park today or on the streets before hand giving speeches, encouraging people to participate and graciously trying to explain what is going on to English speakers who are trying to understand what is going on.

The police officers were professional and sometimes even helpful. There was a point where a gentleman climbed onto a garbage can to wave the old Hong Kong colonial flag. Crowds began to come and surround him to cheer. The police were there to try to talk him down after a while but he would have none of it. The flashes of cameras and phones were going off and the police continued to patiently wait for the man to get down. In reading twitter, there were some scuffles but to this point there were no major incidents. One of the posts from twitter asked a very valuable questions: what would have happened if this had happened in Shenzhen only 20km away? How many would have been sent straight to prison and sadly, how many would have been killed by now. It will be interesting to see what will happen in the morning if the people don’t leave Central.

As I walked, I checked twitter and the South China Morning Post for updates. They would post pictures which would blow me away because of the amount of people. They were posting messages saying Victoria Park was full. They reported about where the crowd was. By this time I was way in front but decided to go back and see. It was unlike anything I have ever seen or experienced. I have never seen as many people in one place as I did today. Depending on who you talk to there were between 98,000 (police number) 154,000 to 174,000 (university estimate based on google images and counting people) and 510,000 the organisers estimates who participated. Most of the people I talked to said the same thing, they have never seen anything like what happened today in Hong Kong and they have never been prouder to be a Hongkonger.

When ever I talk about the future of this place, I am always met with pessimism from those I talk to. They usually say Hong Kong is dead. They say Hong Kong has no future. I’ve always disagreed but I never had the evidence to back it up. Today I feel I have evidence showing Hong Kong is not dead and not dying because the people would not allow it. I have never been prouder to say I LOVE HONG KONG. 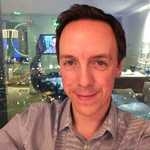 Robert, Christine, Nicole, Shu and 3 others said thanks.