Older than my pencil sharpener

This fine machine stood up to my pounding on it several hours a day for about 25 years, starting with a crash course in touch typing (6 hours a day for three days). In 1983 I acquired an Apple IIe computer which burned in a bush fire before it was taken out of its box, so the Hermes was put back to work for nearly a year when my proud new 128k Mac was set up, this time on the very day it was purchased. After that, the poor old Hermes 3000 waited (I’m tempted to say patiently) in its case for nearly thirty years until I loaned it out for use as a prop on stage. Today, sadly it stands as a door stop whenever so needed.

The beloved Hermes was purchased (with my dad’s help) in 1959 to take to the Soviet Union where I was a member of the second US-USSR student exchange program. I had ordered one with certain symbols from the cyrillic on the keyboard, but alas when it arrived a few days before I was to board a ship, then train, to Moscow, it turned out to speak Spanish, that is, it was ‘querty’ with Spanish diacritical marks like the tilda and inverted question mark. This was fortunate, in a way, since I eventually wrote my doctor’s thesis on the 1792 founding of the School of Mines in Mexico City.

Perhaps I should add: anyone interested in reading about another ‘ancient device’ still in use in my office can check out this. Or anyone who wants to see and hear the Hermes 3000 in action should click here. 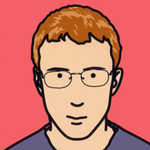 So-Shan, Peter, Paul, Adrian and 5 others said thanks.