Hackers in the rain.

I can feel the battery wearing down. I need a charging station.

“I checked the guy’s references, turns out he’s a psychotic.” “He texted me like ten times a day.”

Rain, light rain in a city built for rain. And this place needs a routine wash as the bodily fluids flood these here mean streets on a daily basis. Don’t tell me you haven’t seen it. No secret there.

The music is a bit loud for 6:19AM but they want to keep us moving. Who? They. Them. The guy or gal who owns this franchise. They want me out after my card has been swiped. After that my official value is near zero. My official value is nothing. Unless I return, and they, them, KNOW I’ll be back.

The guys at the table next to me looked fine, almost normal, but upon further inspection I notice they are hacking a piece-of-shit PC laptop with what looks like a bag of vacuum cleaner parts. Who hacks in public?

A corporate guy with a fancy two-gun rig (phones) walks in. Stares at them. Nobody move. The corporate guy looks absurd. He’s forgotten his workout shoes and stands in shorts, black socks and dress shoes. His spindly legs and two-gun rig (phones) doesn’t look at all intimidating. The hackers hold unlit cigs in their mouths and ponder whether they have found a new “client.”

All of this is just business. Just dirty, dirty, business.

The great cities require no faking. That massage parlor sells babies. That auto parts store is a sex shop, and the house in the suburbs is where the sicarios rest their weary heads. “Ya, of course, everyone knows that.”

It’s the OTHER cities you need to worry your pretty little head about, to watch you ass.

“Massage parlor?” What? “Where?” “Oh I’ve never been.” “I work at the church, seven days a week, nights too.” “Want to come over tonight and watch gladiator movies in my fortified basement compound?”

If you are coming to this little party now you need to be prepared to stand in line. Too late you are. If you try to hurry, grind your teeth or forget it then it’s only going to get worse. The more you care the less they, them, do.

I know this. Wink, wink. Got it. Over and out. You are challenged by life and this little f%$# y%$ is your way of maintaining balance. Got it. I’ll be over here with the hackers planning the next cyber attack. Maybe a mall or a pet store. We’ll f%$# with the food chain and see how you like it.

Maybe these guys aren’t really hackers. Maybe they are just on Instagram. Could I have been that wrong? Impossible. I’m never wrong. Ever. They know it. Them. I’m here aren’t I?

Full disclosure. I’m not on Instagram and I’ve never met a hacker. I did see a gladiator movie. It was great.

But these guys are evil. Poorly dressed, lacking in modern equipment, vacuum cleaner salesmen who are attempting to quit smoking. It’s obvious now.

If you were here right now, with me, you would see it too. There are few things in life of which I am certain. 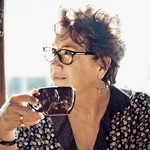 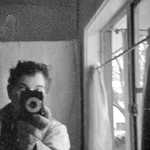