It was 14°C with few clouds. The wind was light.

It is understood that moving makes you susceptible to movements of the soul. Yet rarely we acknowledge that moving means experiencing the world as a multitude of interconnected, moveable fragments. Moving, you have to consider the possibility the universe might be the biggest sign of all, pointing to no discernible reality - even denying you the paltry solace of clear-cut nothingness. Yet in contrast to the mere traveler who can, as an observer, blissfully indulge in ambiguity and confusion, the person moving has to read the world as if it was really (i.e. reliably and verifiably) meaningful. Failure to decrypt means failure to move.

In a universe made of things which fit in and of others which don’t, structures like Apple and IKEA are successful, because they claim to prefer the former over the latter with a hint of credibility. 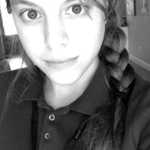 Adrian, Aparna, Shu, Victoria and 3 others said thanks.

Other moments in Kirchheim unter Teck