It was 29°C with clouds and visibility OK. The breeze was light.

I stopped off to escape the city heat but it was warmer inside than out.

Most had chosen to sit out in the sun, but I took an iced cup of vaguely coffee-like liquid to a wooden seat at the back figuring that stewing beats burning.

Small piles of litter had built up on the tables around me. The staff, wisely economical with their movements, were making slow, but steady progress with a too-small tray already full of plates, cups and wrappers.

On the table to the side of mine a brown apple core bobbed in half an inch of milky coffee in a lipstick marked cup.

I stopped there only five, maybe ten minutes, but hot, muggy afternoons have an odd way of dragging out time. Melting it in long, treacly strands.

Liked that moment?
Subscribe to Alex and get their extensions as they publish them. 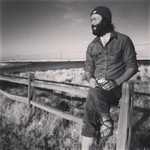