A bomb gone off on Istiklal ...

All week my inbox has been peppered with state department warnings in anticipation for Norwruz, the Persian New Year Celebration this weekend. Istanbul is on high alert after last week’s bombing in Ankara. Several embassies have been closed since Friday, events canceled, including a TEDx talk I’ve been helping a Syrian friend rehearse. Facebook groups for expats living in the city are full of rumors and warnings. The general sentiment is: let’s keep our head down and avoid crowded places this weekend.

Saturday morning I am waiting to meet a travel writer in front of the entrance to the Spice Market, next to Yeni Mosque. He is either late or I misunderstood the entrance we are to meet. The minutes tick by; I went from just another day in the life to nervously scanning the crowd, this is not a good place to linger, not this weekend. I call the writer and find him at a different entrance, not too far from where I was standing. We head back west towards Fener - Balat, about two miles from this central tourist zone.

I am a New Yorker who is considering decamping NYC for elsewhere, or, at least, split my time between here and there. I’m here pilot testing Istanbul for work and lifestyle. Before leaving, a few friends asked, why there, isn’t it dangerous? I shrug. Not really much of an answer —- I cannot explain the gravitational pull Istanbul has on me or why NYC and I have been at odds. Without a specific reason such as job offer or love, I could go anywhere, it doesn’t have to be here. There are safer places, Oslo or Amsterdam or Tokyo —- but things happen —- be it acts of terror or random accidents. Someday I will die. I don’t know when and I don’t know how. That conclusion hasn’t changed with IST over NYC. So, I’m here, following the inner compass and not worry too much if and when the sky will fall.

Tahir, a friend in the hotel business has asked me to show the writer around our neighborhood, entertain the writer until he is available in the afternoon. Fener - Balat is an old neighborhood in Istanbul, traditionally, Greek, Armenian, and Jewish. There is a spot on the hill where you can see a mosque, a church, and a synagogue simultaneously. The period of revival is starting. The domestic tourists are coming here to see locations where popular Turkish Soaps are filmed and the independent travelers are finding their way here as well. It’s still a neighborhood, local and real, rich in history and character. Tahir and I have been talking about using his mostly empty hotel and model it after the Chelsea Hotel, an artist co-op of sorts, creating a centrifuge that would give character to the ad-hoc and meandering revitalization. Build a community out here.

A couple of hours into the day, Jen, Tahir’s partner who is also the operations manager for an international tour brand calls me. “There’s been a bomb on Istiklal street,” her voice shakes a little despite her best efforts to sound calm. She is less than a 10-minute walk from the blast site. I assured her we are okay, safely tucked away in a neighborhood with no government buildings or major tourist attractions. I hung up the phone and try to exhale the fear. Our phones ping with news alerts and friends asking if we are okay.

After a quick round of texts reassuring everyone our aliveness, we carry on with the tour. James the writer lives in Cape Town; I’ve traveled the world alone for nearly a decade and had a few close calls. We didn’t talk much about the bombing. What could we say?

We stop for lunch, Jen and Tahir finds us at the cafe. The social network I plugged myself into in these first months has been a mixture of hotelier, travel writers, tour operators, Syrians and the NGOs working with them —- sectors deeply affected by the Syrian war and these acts of terror.

It feels different when the suicide bombing is only a few kilometers away. Not just a breaking headline coming through or a school you were at two weeks prior. It’s different when it’s so close – in the city where you live. My friends here have reasons to stay, be it business or love, they’ve made their home here. The privilege of being able to leave, with a home in NYC, work prospects, and a passport with unprecedented access to most places in the world holds a new clarity. I could leave. So could most of my expat friends. But what about those who can’t? Those who don’t have another choice, Turkish or Syrian and this is their reality?

We hope. We despair. We fight. We flight. To continue showing James the neighborhood seems trivial, frivolous even, but it also felt like the sanest thing we could do. What is living if not a seesaw teetering up and down between opposites? We will despair. We will hope. And we will act.

Life continues in the neighborhood. The shops are open; Saturday brunch buffet is laid out and sumptuous; the mosques open; the curmudgeonly vegetable man does his puzzles, a soccer match plays on the television in the background. Some friends canceled their evening plans and are staying in. Some friends carried on; there was a picnic in the park. 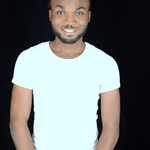 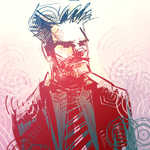 Sanna, Peter, Philippe, Ovi and 6 others said thanks.