When In Thailand: How Many Types of Thai Noodles are There? Pt 1: Small

It was 25°C with nil significant cloud. The wind was light.

Thailand has a wealth of noodle options. Some originated in Thailand, but a bunch came from up north in China. Most people have a favorite that they always order. Mine is the medium rice noodles – even before I could remember anything, I knew the medium white was my noodles. My mom loves her wide rice noodles. My dad is partial towards wavy egg noodles, and my sister fluctuates between the round and the rolled rice noodles. What are these noodles I’m talking about, you ask? Read on. 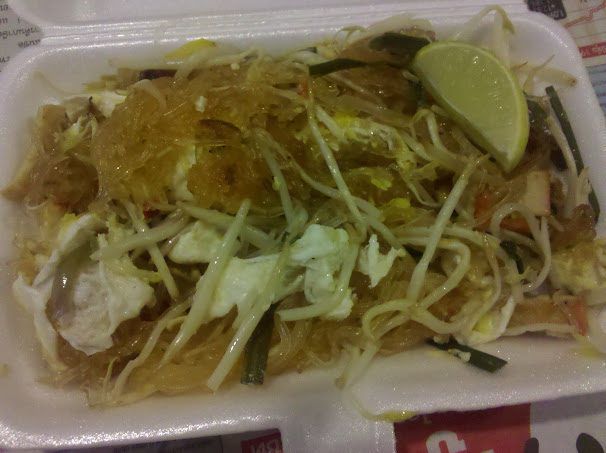 The smallest noodles are a tie, between “Woon Sen” and “Sen Mee.” Woon sen, or vermicelli noodles, means jelly (woon) noodles (sen). It is made out of bean sprouts, cooks quickly and swell up before you can blink twice, so avoid leaving them in broth too long. Its buddy, sen mee, or rice vermicelli, is made out of rice instead of bean sprouts, but comes in exactly the same shape and size. Swells up quickly as well, but not as quick as woon sen.

When In Thailand shares things I have picked up along the way, growing up in Bangkok, Thailand.

Liked that moment?
Subscribe to June and get their extensions as they publish them.

I love food, old people, and dogs that sit