Em and I sailed to Pulau Gaya for a break. Gaya was plain — a small “O” of coral and mountain, with the cliffs plunging straight into water, and the sounds of the bugs already deafening within 4 m of the shore. The wind was with us and we made good time, whisking up a deep-water channel and nosing easily around the first rim of an elongated coral bed, decimated and patchy from dynamite fishing as it was. Of other people there were none, just a scant collection of faraway homes, creeping away from the shore on stilted wooden legs, looking like circus men mid-stride.

It was joyous and just the two of us, pulled soundlessly over the water by the arms of an incoming storm that we hoped never to catch sight of. The depth meter sounded 20 m, then 50 m then, suddenly, 90 m, and we imagined the darkness below us with a shiver, before plunging overboard and paddling twice around the boat to celebrate. We dropped anchor at a modest 40 m, then heaved the motor onto the dingy and raced around the cove, ogling each majestic coral head, and them twining watery fingers directly beneath our rudder. The colors were tremendous, but freckled with a deadly bleach, discovered when we took turns with a broken rubber mask, pressing it to our faces and leaning over the edge to dunk, gazing wondrously at fishes. Twice we were passed by the more robustly-motored vehicles of the local Bajau population, their watercraft sharpened to a delicate tip. From a distance, they looked like spears tearing jubilantly through the crystal water.

We came back at sunset, the wind rising from the north, the dingy bucking wildly against the boat, its usual dexterity exasperated by the cumbersome motor, which we left on, shamelessly, while we tended to dinner. Steamed greens and fried potato, one egg each, and the dregs of a wine bottle that we’d forgotten had come with us. The sun went steadily down, Em’s backdrop and then mine, as the boat swung around and around in the merciless weather. Later, in the pitch dark, we struggled into the dingy to lock up the motor, the diminutive vehicle leaping as high as the deck of our sailboat, to which it was strapped, as it crested each incoming wave. Em was used to it, but to me it felt titanically catastrophic, at any second we would drop the motor and be lost, ourselves, to the fathomless bottoms. We pulled and hoisted and eventually the motor was on board, under lock, and we regarded each other woefully from behind drenched and greasy hair. 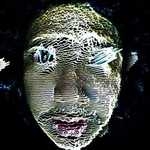 Philippe, Paul, Kristen, Zam and 8 others said thanks.

Other moments in Semporna