Having decided to find out nothing at all about Toronto before arriving, everything so far has been a very pleasant surprise. The juice of clams doesn’t make you want to vomit (Caesars are rad), no one actually drinks Molson’s, and it’s boiling hot in the summer.

So I’m approaching everything with a surprising lack of cynicism, and when I stood in line for about an hour to get on board a ferry to take me out to ‘the island’ based on promises of beaches and beautiful scenery, I had only vaguely started to wonder what the hell I was doing before we were through the gates and aboard a foot ferry straight from the D-day landings, pounding across the bay at a brisk canter.

I was feeling so bright-eyed and bushy-tailed that I completely forgot my plan to call the CN Tower (see picture) the ‘CNN Tower’ as often as I could in order to try and get a rise out of any frighteningly stable nearby Canadians, and when we disembarked and were told we were headed for the ‘clothing optional’ beach, my heart only sank a little, rather than plummeting through my anus, as it normally would have done at such an announcement.

Having spent some time in Japan, and visited my fair share of hot springs (I hate me much more for writing that than you do), the sight of serried ranks of penises does not faze me much, but mildly politicised nudity is my least favourite kind, and is generally practised by the type of people I have made it my life’s work to avoid.

My best friend from school had next-door neighbours who were practising naturists, and I have never felt much sorrier for anyone than I did for their thirteen-year old son, who I spoke to just before he was carted unwillingly off for two weeks in a ‘colony’ in the south of France. That anyone could make a boy at the pinnacle of his teenage hormonal misery spend two weeks with his bits out, assailed from all sides by the bits of others, smacked of unspeakable arrogance on the part of his parents, and, if I tried to fume hard enough, seemed like it might be the work of actual evildoers.

When I spoke to the mum and dad themselves, my mind was not put at ease. I learned a terrifying and disturbing fact that has never left me, and which, to my mind, renders naturism as a movement completely null and void. Apparently, everyone participating in the open-minded, let-it-all-hang-out, anything-goes atmosphere of such colonies as the one they were about to visit was allowed absolute freedom in every respect except one: they were required to carry a small towel, about the size of a face flannel, around with them at all times.

This towel was to be placed wherever the nudist in question might choose to sit, as a ‘courtesy’ to his or her fellow nudists. Enough years have passed that I can’t remember if the words ‘seepage’ or ‘leakage’ were actually used, but suffice it to say that this one piece of information did more damage to my belief in the utopian ideal than all of Russian history.

But as I watched the nobs and knockers of Canada dangle and flap around me, as many clothed as not, and with no sneering whatsoever on the part of the nude when confronted with the as-yet-beSpeedoed, I may have managed to claw back just a little of my faith in mankind. Or my faith in being naked not necessarily being for dickheads. Or something.

Boobies, willies, bums and breadboxes of Toronto Island, I salute you, as the more excited among you saluted me.

I’d better not spend too long in Canada. It’s making me nice. 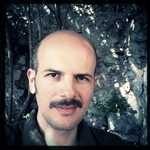 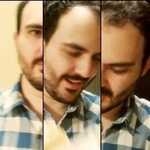 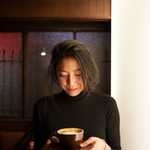 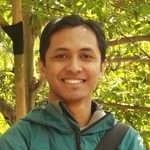 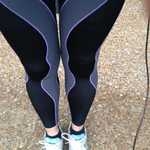 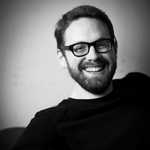 Sara, Amal, Craig, Cassie and 14 others said thanks.