A little bit of everything

There are a bunch of things I love about this sign. Sure, the letters are of varying weights, the weight of the H is unbalanced, and the N has an extra serif on the bottom right that makes it reversible (if you rotate it 180 degrees it looks exactly the same), but the things that are wonky are consistently wonky. It’s also clear that someone put a lot of thought into the sign. It takes up the entire side of the small building, the colors are the same as the New Orleans Saints, the local football team, and they’ve even added the fleur-de-lis which is a widely used symbol in the city. There is pride in this sign and what it lacks in typographic refinement it makes up for with sincerity.

Liked that moment?
Subscribe to Michael and get their extensions as they publish them. 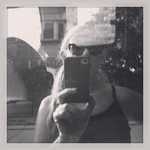 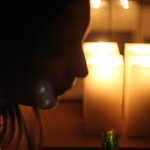 Ricardo, Peter, David Wade, Shu and 9 others said thanks.

Other moments in New Orleans