...the dreamers of the day are dangerous men, for they may act their dreams with open eyes, to make it possible.

I discovered a copy of T.E. Lawrence’s Seven Pillars of Wisdom on a low shelf in the bookstore across the street. It’s a wonderful read - an autobiography with all the lyricism and depth of a great novel - and one that conveys the grandeur of history and adventure on nearly every page. A triumph, indeed.

Chronicling Lawrence’s exploits during the Arab Revolt in 1917-18, there is much to learn here about the historical record, but also the substantial myth-making that turned a shy, Oxford scholar into the impressive “Lawrence of Arabia.”

Finding the book this time, though, I was reminded of something else.

It was a taxing process for a man working through the trauma of war, and when the original manuscript was left in a briefcase on the platform of a British train station and lost forever, he almost abandoned it.

Thankfully, with the encouragement of friends, he re-wrote the tome from memory, in the end adding somewhere near 100,000 words. He edited three or four more editions during the following years, each new version different enough from the previous that all are coveted individually by collectors the world over. How is it that a man who had completed what Churchill praised as one of “the greatest books ever written in the English language,” felt the need to return to it time and again?

Agility - both emotionally and professionally - has become essential to success in the modern world. Perhaps, though, in art it represents an opportunity lost. Lawrence was (quite literally) of a different time. He was dedicated to the idea of creating a major literary work and knew that commitment and refinement to that single idea were essential skills worth cultivating over time. It makes me consider how lonely (though that may not be the right word) he must have been to live in a world where after being told he had created a masterpiece, he could see only the failings of its composition.

I am reminded of another poet, a contemporary figure also well-known for his constant revisions. In a 1988 interview after the release of I’m Your Man, an album generally regarded as one of the greatest ever made, Leonard Cohen spoke succinctly on why his work is never done.

He said simply, “I can’t discard a verse until I’ve written it as carefully as the one I would keep.” 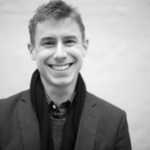 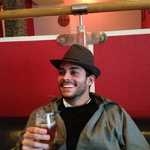 Cassie, David Wade, Christine, Craig and 10 others said thanks.