What I want people to know about growing up with a trach and a complex medical condition.

It was 12°C with few clouds. The wind was light.

I had a high spinal cord injury while I was being born which affected two parts of my brain, the automatic nervous system, and the part of my brain which controls the physical parts of my body. As a result, I don’t breathe in my sleep and require a tracheostomy and a ventilator to keep me breathing in my sleep. If I don’t have it on while I sleep and get into a deep sleep my CO2 could skyrocket and my oxygen could bottom-out and I could die. It sounds awful and sad, but hey, I’m used to it so blow past it and keep reading.

Having a trach, a G-tube, and a bit of a physical disability my whole life there were things I wish people knew about what it was like to be me. I grew up in a smaller city in Canada named Saskatoon. When I was born it wasn’t nearly as big as it is by the time you Google it, so everyone, and I do mean everyone, knew when the girl who couldn’t breathe was born. To this day people who were my nurses while I was in the PICU, or people I went to elementary school with recognize me. Having a trach makes me stick out in a crowd. I’ve always been out going so that never bothered me.

One thing I’ve always wanted people to know is that I am not sick by choice, I am not bailing on plans, I am not skipping class. When I get sick all hell breaks loose, and I am tethered to my ventilator, unable to leave except to go to the bathroom. I once accidently muttered that to my Art professor, when I looked up she had a look of complete horror on her face. I saw her face and said, “Well, I’m going to have to explain that more, won’t I.”

I spend a lot of time in the hospital as a result of having a trach. And no, my immune system is fine just having a trach gives easy access to my lungs. No one ever totally believed that until I was sixteen. I was in the ER, another cold that got out of control and antibiotics were needed stat so there I was. When the doctor first walked in the first thing I said was “Why is your ID badge from Edmonton?” I had oxygen up my nose and they were taking my blood and I felt like crap, and those were the first words out of my mouth. He just smiled and said “Wow, you spend a lot of time in the hospital don’t you?” I had never felt heard or believed until that moment, and it stuck with me all these years later. I will never forget that, because I felt heard.

As a person who was always dealing with doctors and medical personal I never feel heard. When I do, it’s so special and I wish people understood that.

My normal is different then everyone else’s normal. My life is not school, work, home, and repeat. It’s live as much as you can before you end up in the ICU again. Don’t go grocery shopping, order more suction catheters and argue with the women holding them hostage. Don’t do laundry; go get more gauzes to keep your G-tube leakage at bay. Then do laundry. My friend actually laughed at that once. I was a little insulted because there I was in the grocery store with her and she was laughing at the things on my to do list, while she wanted a portable juicer.

Don’t stare whatever you do. Questions are appreciated. I want to educate people. I want people to know that breathing may be hard for me, but I can have a life as well. I once was at a French program and I was there for two days before a boy asked me what my trach was. The funny part was that we weren’t allowed to speak English so he went “quest-ce…” then he rubbed his neck where my trach was. I laughed and grinned then explained what it was and why it was there. It was so much nicer then staring.

The important thing that I want people to understand is that I’m a person too. I have dreams, I have plans, I have friends. It might be harder to reach my goals, which only makes me more determined to do it. I was at a local fair with my mom and I couldn’t quite get up in the seat for the ride, so I hooked my foot into the safety bar, which was hanging down and pulled myself up and fell into the footrest. I decided I was going to get up there so I did. When there are more odds stacked against someone, chances are they are going to be the most stubborn person you ever met. The smallest things can also set that off. The simple act of doubting they can do it will set it off and they will try and do it themselves. Even it causes direct damage to themselves, their spirit or their goal.

This is my life. Don’t mock it, don’t make me feel any less of a person, just help me if I need it, and don’t stare. It’s not polite.

Liked that moment?
Subscribe to Mariah and get their extensions as they publish them. 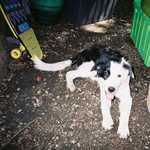 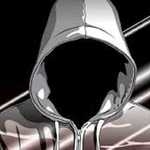 Victoria, John, Craig, Hedaya and 6 others said thanks.

History buff living with chronic health problems. Lives life to the fullest, and dreams the biggest dreams, despite not being able to breathe in her sleep.