"..there's a train going somewhere you once were.."

It was 37°C with few clouds. The breeze was gentle.

Friday evening at office. Unhurried conversation, weekend plans, the smell of coffee from the pantry.

I open Facebook, and a few inane scrolls later, a photograph. Of a train turning left on its tracks amidst green country, the misty heights of a hill visible in the distance. I don’t scroll further.

The train is going to my university, Amrita, at the foothills of the Western Ghats, on the Palakkad-Coimbatore border in India. My favorite professor had shared this photograph, inviting this year’s graduating class back for its convocation, with the words that perhaps drew you here -

..there’s a train going somewhere you were once..

I was there, in that ‘once’ of a different time, as were many others. And that place, this train journey; they were my becoming. For a parched mind and a restless soul, those orange buildings in the hills became more than a place to study.

Somehow I have never been able to get over that place, somehow it remains inside me, bubbling up on the slightest stimuli, giving me that cold, hard pain of something lost in a different time.

The neon above me flickers.

I look at my watch.

The clock is ticking again.

Liked that moment?
Subscribe to Sairam and get their extensions as they publish them. 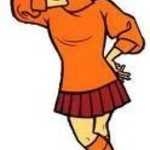 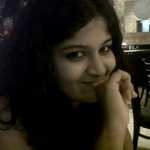 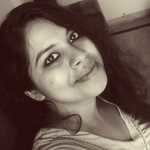 Bhargavi, divya, Nikita, Christine and 2 others said thanks.

Reader & Writer. Born in a small town by the ocean, forever drawn to the hills.

Other moments in Chennai