I wish I was on a train.

But I am on a bus. A bus with wifi. (It’s sketchy wifi but it is enough wifi to post here).

I’m on my way to Regina to show my work-in-progress: ossa ora. I get to stay with my friend T who I met while studying with our voice teacher at The Banff Centre many many years ago. Even though we live only a 3-hour drive away we rarely see each other.

I wish this bus was a train. A train is smoother and quieter. A train has a different frequency of infrasound. A train would be running on those tracks I can see when I look out the window. Yes, there are railway tracks and the only train I’ve seen today are grain cars sitting beside a grain elevator. This road is peppered with the old grain elevators that look like odd tall houses and the newer ones that are cement silos with blue chutes branching out like some strange alien equipment.

I remember taking the train from Saskatoon to Ituna to visit my grandparents when I was young. I was content to stare out the window or read a book while my little brother raced up and down the aisle. That wouldn’t be able to happen on the bus. I remember us being given coloring books and crayons. I remember stretches where all we could see were miles and miles of fields.

There’s a joke about how flat Saskatchewan is: How did the farmer know his dog had run away? He saw it running away for three days!

The highlight of this three hour trip has been the bathroom break in Chamberlin at Bennett’s Gas. It’s an independent and not very clean convenience store. The actual store area only fills the front half of the small building. The rest is piles of deer antlers and homemade taxidermy. I always want to take photos but am a bit intimidated by the gruffness of the owner. I noticed today that the faded standie of Wayne Gretzky was gone and that the pile of antlers had grown since I was here a couple years ago.

On this bus we’ve passed through many deer- and moose-crossing areas where I’ve hoped to see an animal but also hoped we wouldn’t hit an animal. All I saw was a dead moose in the ditch. But I did see hawks and ducks and geese. I saw some cows. I saw a metal buffalo sculpture. I saw some sloughs and some stands of birch trees. I saw a river valley. I saw much much sky. 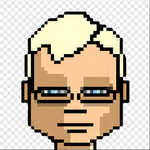 Peter, Cassie, Ken, Jack and 8 others said thanks.