Football (or soccer) in the United Kingdom is more than just a sport. It’s a community, a chance to draw closer to your community by focusing on rivalries, yet still a quaint way for everyone to exhibit their ‘British-ness’.

One author said ‘The British people are the only ones who fight war as though it’s a sport. Win by exhibiting your superiority, and they will tip their hats and put up their hands. Win by tricks and playing unfairly, and you will arouse the anger of the whole nation’. The mentality is no where better exhibited than on a football pitch.

Indulge in a bit of simulation, and the fans will hiss and boo at you for the entire game, and perhaps at the next game as well. Plant a sublime free-kick into the top corner, and even the home fans will applaud. See an opposing player suffer a bad injury, and all the fans will also applaud him as he is wingeing in pain.

British people are stereotyped as rather prim, proper, polite and focused on ‘keeping a lid on things’. The stiff upper lip comes into mind. Although I find such stereotypes weakening in the UK, they generally hold. However, for 2 hours every weekend, all these politeness is set aside for salty language and obscene hand-gestures that will make any parent cringe.

Ironic, for most parents in the UK are those that are doing the ‘wanker-signs’ on a matchday.

Nevertheless, the sense of community is pervasive. This is our time, those are our lads, and the team is always referred to as ‘we’, never ‘they’.

Coming from a country in which ‘community’ is placed at the centre of government policy, maybe we could learn a lesson from the oft-derided ‘hyper-liberal’ Western countries, and their sense of community.

Liked that moment?
Subscribe to Jon and get their extensions as they publish them. 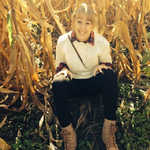