A monument to self-sacrifice

It was 24°C with few clouds. The breeze was gentle.

Postman’s Park, a bit of green space nestled between St Martin’s-Le-Grand and King Edward Street in the City of London, is home to the famous Watts Memorial to Heroic Self-sacrifice, created by the artist George Frederic Watts and unveiled in 1900.

The main photo above shows the tiles commemorating two railway workers who managed to save many lives on the Windsor Express train on 18 July 1898 at the cost of their own lives, illustrating well the whole purpose of Watts’ memorial - being a way of commemorating the heroic self-sacrifice of ordinary working class Londoners in saving loved ones, work colleagues or members of the public.

Three more examples are shown below. 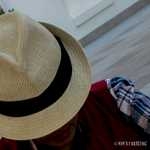