Dulles feels like it's straight out of the 60's. Makes you realize how much of today is built on the past.

It’s a strange feeling to have your entire life strapped to your back. There is, of course, the burgeoning ache in your shoulders feeling the tug of worldly possessions, the complaints from feet and legs used to the awkward ease of a four-wheeled suitcase. But, the knowledge that there is no longer anything behind you and the only place you can go is forward to your next destination is exhilarating and a tad nerve-wracking: what if a reservation falls through? What if I get sick or hurt? What if the expected apartment in New York never materializes?

Entering the doors of Dulles for the first time (surprising considering the amount of times I’ve flown from DC) with all of those thoughts in my head, I was immediately struck with how much the airport just felt like it had been built in a previous era. It’s front is large and menacing and the font of signs and the walls’ color palette scream retro-future. It’s an institution ready to coordinate the travel of millions building the United States into a super-powered counterweight to the Soviet menace. And now it was ushering me into a new life.

Funny how that works, isn’t it? Millions of dollars, thousands of man-hours were spent to build this gateway to the nation’s capital in a world that could be snuffed out at any time in nuclear holocaust, and now it was shepherding me out of the city I had called home for two years in a world of digital disruption, anemic recovery, and multipolarity. The same theme holds for the interstates I will use to drive up the east coast and down the west coast. It will likely hold for the surely older apartment I will find in New York. I’ll ride along the path of Route 66 to get from LA to Chicago on an aging train system.

Our world today is built on the investments of the past and used for purposes our predecessors couldn’t have dreamed. The solid foundations they laid serve to support our endeavors despite the inherent uncertainty of the future, just as our efforts today - even my introspective trip to discover a country I have only just begun to explore in my quarter-century - serve to create a world that will affect those that will travel the Earth for many years to come.

Liked that moment?
Subscribe to Mike and get their extensions as they publish them. 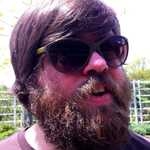 Shu, Craig, Christine, Peter and 5 others said thanks.

Other moments in Sterling