The first thing I did upon arriving in Barcelona was to walk past a row of tapas and pinchos places I know to be excellent and order a hot dog from a place I did not recognize. As punishment for my stupidity the thing showed up twenty five minutes later horrifyingly small and encased in a tiny soggy bun. Mid way through I speculated on what the sauce haphazardly strewn across it could be and realized I had no idea. Not mayonnaise. What could it be? I ate it in a stupor.

Two weeks ago I was in NYC, just yesterday I was in London. I feel very glamorous, traveling around the world, but I also feel as though I am floating in a fog. What is London? I thought to myself in my hot-dog induced daze while watching people wander the streets of Barcelona looking, as they do in Barcelona, effortlessly cool. I’ve been to London so many times and I still don’t have any idea. It’s enormous. Varied. Often misty gray. It has a great metro system. Also, it’s cold. Every single time I go to London I make the same mistake: I assume for some reason that it will be warm. That I will need only a sweater, at best a rain coat. And so my memories of London are inseparable from memories of constantly looking for mittens, scarves and jackets. In fact, as a result of my repeated baseless optimism I currently own gloves, two pashminas, a rain coat and a sweater all from various London adventures.

And New York? I’ve had a very similar interaction with New York as I have had with London. I appear for a short amount of time. I rarely do anything touristy and before I know it I am gone. The city in my mind is full of gaps and every time I go there I feel lost for at least 48 hours despite the politely numbered streets. I go to too many coffee shops. I start counting the Starbucks and then give up and start wondering why none of them have decent seating. It seems so New York. So fast. So get up and get your caffeine and then go!

And now, Barcelona, again. It’s weird how places change, in your memories, in actual fact and sometimes only because you’ve changed. It’s all so familiar and yet so different and I don’t feel in myself the same old longing I used to have for this place. I feel separated from it despite its familiar tenor. I still miss my friends but I did not arrive feeling, as I used to, that I was coming (in a way) home. 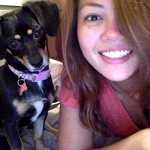