My father died suddenly - or rather, to everyone else his death seemed sudden and unexpected, but for him, it was a long time coming. From the stories that people have shared about their last moments with him, I think he knew his death was imminent.

My father died at the end of February, a week before my mother’s birthday and 3 weeks before his 71st birthday. His health had been very poor in the last year but we all thought he was looking better, stronger. We thought we had more time. But my father, an excellent physician, must have known. One day, at home, he collapsed, and his body didn’t respond to the efforts of the EMTs.

The morning of the visitation at the funeral home, I learned from my mother that for the last few weeks of his life, he would always return with a rose for her whenever he left the house. I hadn’t known he was capable of such romantic gestures. Last Thanksgiving, my younger brother took my parents on the 9 hour drive to my older brother’s home to see the new house and family there, and this was a huge effort for my father, who didn’t like to leave the house much. Three weeks before he died, he finally came to see me in California and he got his first look at our new house. He could see we were happy. We didn’t talk about anything serious, just went out to eat and watched TV late at night. He spent a week with his two youngest grandchildren, who adored him and gave him a lot of unsolicited hugs, ate a lot of Filipino, Korean, and Italian food, then took my mother to Hawaii. He left looking stronger than when he arrived, and I foolishly thought I would see him in the summer. His last call with his sisters was filled with talk of Hawaii and grandchildren, how happy he had been to see them, how proud. The last phone call he had with his younger brother, the next eldest in line, always filled with forceful lectures on how his 60+ brother should live, was for the first time devoid of lecture. My dad reached out to nephews and nieces over the phone. He didn’t say good-bye to anyone. He simply checked in with them to make sure they were fine, said “God bless,” and then went on his way.

My dad took care of his family, both his immediate and extended family. He took care of his parents throughout his entire life. He gave money. He signed affidavits of support. He guaranteed student loans and home loans. He took extended family on vacation throughout the US and Europe. Whatever he had, he shared. He spent a huge bulk of his career not only caring for patients and developing critical care and emergency care services at the hospital but also teaching nurses, anesthetists, and young doctors. Wherever he was needed, he was there. He listened. He mentored. When I look at my life, I realize that I give to my children but that I live selfishly compared to how he lived his life. I’ve never been as warm or generous or as giving, and I need to change.

My dad never made events about him. He had a large presence and a lot of charisma - my friends once described him as having the bearing of a dictator of a small Mediterranean island, an observation that amused him greatly when I shared it with him; he chuckled, nodding, and said wryly “Sounds about right” - but he was also very private. He didn’t have a big good-bye like my grandparents did with family standing vigil and tearfully saying good bye at his bedside. He never made it about what others could do for him. He just made sure that the people he was leaving behind would be okay. When I go, I don’t know whether I can go with that kind of quiet grace.

Anyway, I can hear him now, telling me to quit dwelling on his death, to stop bawling, to look at how he lived, to get on with my life. And I will. But I also don’t want to forget.

Liked that moment?
Subscribe to Bernadette and get their extensions as they publish them. 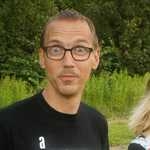 Sanna, Didzis, Dani, Chris and 2 others said thanks.

Other moments in San Jose