I realised today that I haven’t posted a sunrise picture for a while now, mainly because it’s still dark as I travel to work. But this morning, while sitting at my desk being thankful that the heating was working (as we had a sharp frost today), I happened to look up and through the glass roof near where I sit and realised that as the sun was rising it was creating a most beautiful orange-gold glow among the thin lines of clouds.

So I hurried round to the south side of the building and opened a window so that I could seize the opportunity to take a picture across the roofs and chimney pots of the buildings across the street. Photos rarely do justice to such a glorious scene, but hopefully you get the idea!

“He has made everything beautiful in its time”
Ecclesiastes 3:11 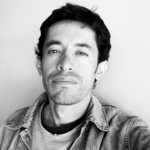