Sehl’s father was a coalman. One of them old coalmen from west of the area, in the foothills of South Dakota. He had run away from home aged eight — escaping his alcoholic father and syphilitic mother, mad, raving, mostly, and always with a sad expression on her face.

Sehl’s father had a rough childhood and looked about fifteen and took the first job he could get, as a powder monkey, setting charges to blast holes in mountains to pull more coal from the ground. He worked his way up: powder monkey, keg stander, canary bat, milkdud, shovel skank, and finally, coalman, which is where he stayed and where he died, finally, of tarlung at age 47.

Sehl’s father had Sehl when he sixteen. Knocked up the onsite reverend’s daughter. Didn’t know how babies were made, really, just felt — and was unable to control — a compulsion to stick his needle in any softspot nearby. The reverend’s girl just happened to be closest.

Sehl himself was born in a tin shack. Cord cut with a shovel. His mother tended her pa’s clapboard church. Sehl’s father came home each day, blackface, coughing, would touch Sehl’s purewhite baby skin and leave streaks upon it like it Ash Wednesday, but not just on Wednesdays, everyday.

“Keep your hands off Sehl’s angel skin! You ain’t no holy man!” Sehl’s mother would yell. And Sehl’s father would pretend like he couldn’t hear her, which, actually, he couldn’t: all those years of power kegging and milkdudding left the old cinderfaced knockabout nearly deaf.

Sehl was fed chicken jibbers and fish skins and grew bigger and stronger by the day. His first word was “toe” and then “heel.” It was clear from the start, Sehl’s future was in feet.

Sehl’s mother whispered every night to him a funny little hymn not known outside of South Dakota. It goes something like:

It was a bad song. Terrible. One of many reasons why it never breached the perimeter of that coaltown. But it lodged itself in little Sehl’s pliable noggin’. And as he grew older he knew what it was he had to do: He had to heal them feet. Heal ya lord! Professional foot ankle? That was he, Sehl the savior, daddy’s pained smile, he would do the work he was born to do. If you need a footjiggerin’, ain’t no one better west of the Mississippi. 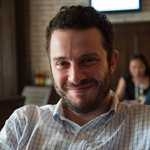 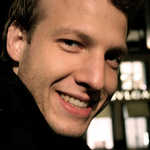 Russell, Richard, Philippe, Elisa and 4 others said thanks.