Dreary day at home today. The weather is atrocious, and that's not hyperbole. Wish I could see the sun again.

Its the sort of day that lends itself to writing haikus, not because you feel particularly poetic, but because you lack the vitamin-D to speak in more than occasional, terse sentences.

Its a grey day in February, after a monster of a storm has left us without internet for two days, and though I’d like to get some tangible work done, I’m left to deal with my stringy mobile phone’s connection, and that comes and goes.

I turn inwards to my computer, looking for work to do, finding websites and social media tasks galore, but that’s not happening. And then, I remember that I need no broadband to edit. I have three films that I’ve been putting off finishing, lacking the inspiration. I fire up Premiere and open the first one.

Hours later, I emerge from my trance to find that the internet has returned and the sun has poked through the clouds, but I’m loathe to leave the desk given the progress I’ve made on the video. But, in typical Irish fashion, the lure of a rain-free walk is too strong to ignore, so I don my furry hat, wrap my scarf tight (it is still February, after all), and head outside for a stroll.

Within five minutes, its pouring. Wish I could see the sun again.

Liked that moment?
Subscribe to Evan and get their extensions as they publish them. 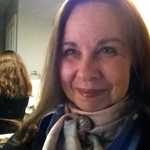 On August 27th at 7:02am, my daughter, Sophie Evan Payne, was born. I am astounded. I'm just a melancholy pumpkin on springs. I'm also a filmmaker, joyously married, proficient at flute and guitar, decent at chess, and enjoy cooking. I'm doing my best to make an amazing life for my family.

Other moments in Kerry