Hours after I found out someone took my business idea- I sat behind a tree in the park and cried.

Aafke Mertens in Amsterdam, The Netherlands

It was 5°C with broken clouds. The wind was light.

After posting this dramatic sketch last week I decided to take a breather before I extended the moment.

What happened was dramatic in my eyes, it started with my marketing intern telling me she had found out that last month the restaurant association had launched a spin-off company that did exactly the same as mine. To understand my reaction, you have to know that I had been talking to them a few months ago, and at the time they “weren’t interested”.

So first I was in disbelief, I looked at their website and was secretly happy it was pretty crappy, but then the negative cloud came down… why would any client want to work with me instead of a government funded company? How could I compete? Was this a huge coincidence, or brutal copy-paste? Where had I gone wrong? Had I been too slow? Well you understand how this went.

I left my intern to go to another meeting about my current website. I wan’t really paying attention. I was angry, sad, annoyed… I wanted to kick my bike but decided not to, and ended up finding a spot in the park to cry by myself. When I pulled myself together I went home and packed, I left the next day with the dog to my aunt in the countryside and decided to look at what had happened from a distance.

It took me a few days and my father’s typical laid back comments (“it is good news! You can either work with them or if they don’t want to: game on.”) that I have decided not to freak out. I still have to analyze my next step, but well, this has been one of those nasty slaps-on-the-face of a startups life.

Liked that moment?
Subscribe to Aafke and get their extensions as they publish them. 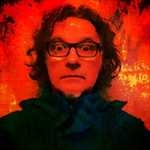 Born and raised in Mexico City I moved to Amsterdam 7 years ago. Starting my own company and sharing my days with my dog and sketch book.