100 years since emancipation and tonight, the underground railroad gets a remix

I was sick for Caribana.

The now dubbed Scotiabank Caribbean Carnival Toronto is the primetime of the year to celebrate my Caribbean heritage (I’m a very proud Jamaican-Canadian) and “skin out”. Caribana is usually the first weekend of August.

Alas, a throat infection prevented me from doing a “jump and wave” but I am not disappointed. Well, I was a little but now I actually understand why we celebrate Caribana. It’s not just about the soca (although I love my soca), its a time for nations in the West Indies to be fiercely nationalistic after years of being colonized. The emancipation element was something always overlooked after decades of prepping myself for Carnival.

A more intense and I would argue, more meaningful event took place the Wednesday just before Caribana. I boarded the Freedom Train.

The Freedom Train event was a demonstration to recognize the 100th anniversary of Harriet Tubman passing black souls to Canada via the Underground Railroad. Many know the story. But rarely is there a galvanizing moment where people are encouraged to acknowledge her efforts and the efforts of countless other freedom fighters who have contributed to the shaping of Canada.

Hundreds of people boarded an out of service TTC subway car (the new one!) and rode from Union Station all the way up to Downsview Station. Within the confines of the train, I heard voices of poets, singers, storytellers, elders and community leaders share their stories, jubilations, reflections and incantations about emancipation through a tinny intercom. The beginning of our journey in the sardine-tight train was silent save an echoey voice asking us to take a moment of silence to recognize the ancestors: souls who survived the journey from Africa to North America, souls whose bodies lay in the sea, souls whose bodies rot in the fields, and souls live within us today.

Truly the most memorable part of the Freedom Train ride for me, while huddled closed to black folks and black allies who actively chose to celebrate emancipation (allies are SO crucial!), a woman read a letter by a man who was being sold into slavery addressed to his wife, of whom he would likely never see again.

This is active history-making.

That night, we remixed the Freedom Train with hip hop flavours on the speakers, negro spirituals, reggae redemption songs and the like, filling us, reminding us what a mighty people we are.

At Downsview, the drumming and dancing and vibes were so hype, I didn’t even feel no ways about missing Caribana. While being ushered to a close by Poet Laureate George Elliot Clarke with a powerful poem, and while watching generations of people share, commune and celebrate our legacy together, I , Whitney French, met freedom face-to-face. She glowed with immediacy, authenticity and absolute reverence.

For all of those came before// I took a breath, I got on board// and rode upon the Freedom Train// until my African spirit reigned.

Much love and respect to Itah Sadu and the tireless community activist who organized this event.

Liked that moment?
Subscribe to Whitney and get their extensions as they publish them. 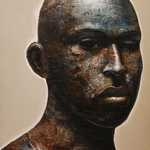 Nadine and David Wade said thanks.