Once I read that Spain is actually in the wrong time zone.

That by geography it should be in GMT, not CET, and that a change would boost productivity because people would start work earlier (I think that was the argument). What a sad way of thinking, Alfredo had said. Yet I can’t stop thinking about it every time I visit Barcelona, now that I don’t live here anymore and operate on northern German time. Social jet lag. Time zones that aren’t. I lie in bed at 11:30 pm on a Tuesday night, unable to sleep because the little kids out on the concrete football pitch next to the school built of shipping containers that we thought would be temporary are making too much noise. Stomach starting to rumble because I usually skip dinner now that my three daily meals consist of two breakfasts and one three-course lunch that ends at 4 or 5 in the afternoon. “Who goes to bed at this time?,” Alfredo’s Venezuelan friends from Miami had asked him incredulously this past summer, as they turned up for dinner at his restaurant at 10:30 pm, their children aged 9 and 13 in tow, and wondered at my absence. The kids out on the football pitch are probably about that age, all boys of course, the children of the Pakistani and Bangladeshi immigrants who populate this—our—crumbling, insalubrious part of the neighbourhood between Rambla del Raval and Sant Antoni that has, despite urban planners’ best efforts, as yet escaped gentrification. When I first moved to Barcelona in 2001 people would still call the Raval by its old red-light nickname, Barrio Chino, the Chinese quarter, and tell you to hold on tightly to your handbag as you criss-crossed it on the back of their scooter. I once did so at a crucial moment, lucky me. 1,1 square kilometres of narrow streets inhabited by 50,000 people, half of them foreigners, 5,000 of those Pakistani (officially), a little fewer Filipino and Bangladeshi, hardly any Chinese. Alleys that were once lined by women are now full of men and boys, men in knee-length frocks and sandals carrying fridges, leaving mosques, delivering sacks of flour and nuts, men hunched over sewing machines and wielding butcher knives behind shop windows, men shouting “butanoooo!”, boys playing football or sometimes music from cars, though usually it’s bikes. A few days after the Paris attacks I read of hostility and even aggression against Muslims in France and Germany, and it was then that I realised that there’d been no notable change in the Raval, no different atmosphere, pace or tune. Is it because this neighbourhood—or city— has crossed some kind of invisible threshold of cosmopolitanism, or because the “other” that fuels Catalan nationalism is Spain, not a darker skin colour or different religion? A few days after Paris we read in the news that there’d been a terrible smell in the city, of faeces, and people had called the police because they’d feared a terrorist attack, a chemical attack with gas that smells of shit, which, if you know how obsessed Catalan culture is with human excretion, is quite funny. We didn’t notice. The Raval always smells. As I listen to the neighbourhood slowly wake up, too late for productivity or northern Germans, it feels like one of the safest and most peaceful places in Europe. 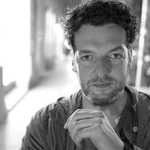 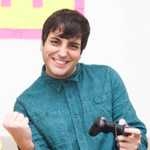 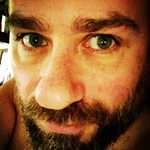 Philippe, Peter, Craig, Samuel and 10 others said thanks.