I honestly believe some of the less palatable mentality traits observed in Germans are heavily influenced by weather. Stress testing your serenity by German weather might even be considered something of a calibration process: if exposing yourself to an average Berlin november can’t make you mopy & morose, almost nothing ever will. Supposedly it’s sunnier & warmer in the south where I live, but I’d have that down for hearsay, meteorology be damned. For Germans, climate change holds a lot of promise.

Two days ago this gentleman walked in the park, oblivious of the fact he was enjoying the last rays of unimpeded sunlight for months to come. Today, I’m looking out of the window, feeling patently German. 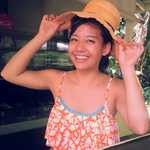 celine, Puji, Cassie, Christine and 4 others said thanks.