The fact of having a body

When I saw the stage, my heart sank. It was all black, and observing the dancers go through their warm ups in rather dark, casual attire convinced me light and contrast would be scarce commodities that evening. But an assignment is an assignment, and I decided to just hope for the best.

The dancers’ clothing for the real dress rehearsal was casual too, but way more camera friendly than what they had worn before. I had been allowed to intrude the stage if necessary, so I could get pretty close. Still I wasn’t resonably sure of the outcome. Maybe everything would be ruined by noise. Keep going, I told myself, ten good shots is all they want. If you manage to take 500 - 800, your luck might just hold true.

The dancers were dancing, dancing, dancing, and I was doing my own, much clumsier dance: kneeling, sitting, lying, on tiptoes, checking my settings, attaching and detaching my monopod, keeping an eye on two video cameras I had brought as well - an absurd ballet of its own kind, mercifully hidden from the limelight.

Then Nils and Theresa started dancing. I was grateful for three reasons: in white & gray they were easily detectable for my camera’s autofocus in front of the pitch black background. Second, I immediately saw what they were up to, and it touched me. Through dance, they expressed what love is like. Simple as that.

Only when I was home again I recognized the third reason. They had made me think about David Foster Wallace. In a weird and brilliant essay named Roger Federer as religious experience he says:

The human beauty we’re talking about here is beauty of a particular type; it might be called kinetic beauty. (…) What it seems to have to do with, really, is human beings’ reconciliation with the fact of having a body.

Now I don’t claim having been subjected to the same epiphanies as David Foster Wallace, and I think his essay on Federer is largely delightful bullshit. Nonetheless Nils Freyer and Theresa von Hunoltstein, in white and dark grey, were approaching a state of reconciliation with the fact of having a body. Getting this close.

Semi pro muscle fever does indeed exist. And happiness is a warm camera and a success rate of 1 in 12.

Another one of Nils and Theresa. 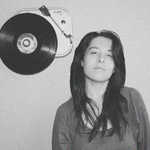 Porter, David Wade, Hedaya, Cassie and 14 others said thanks.